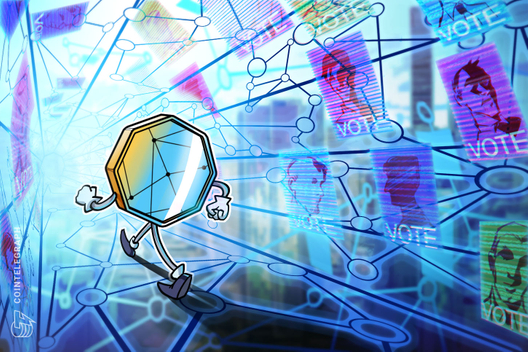 A vote about whether to decrease the so-called stability fee by two percent for Maker’s DAI stablecoin has started.

A vote about whether to decrease the so-called stability fee for MakerDAO’s ethereum blockchain-based decentralized stablecoin DAI has started. The vote was announced on the organization’s blog on May 17.

If approved, the latest proposal would decrease the stability fee by 2% to 17.5% per year. According to the announcement, the need to decrease the fee was discussed during the MakerDAO governance call that took place on May 16.

MakerDAO is looking to change the yearly stability fee in an attempt to improve the token’s peg to the U.S. dollar after its exchange price has been hovering above the $1 level. The stability fee is a charge levied by Maker participants when Dai is used for loans.

In March, Maker already raised the stability fee twice, first to 3.5% and then to 7.5% per year. In April, the fee was further increased by another four percent in the fifth such vote this year, bringing it to 11.5%. Further votes brought the rate up to 19.5% at the beginning of the current month.

As Cointelegraph reported at the end of April, DAI has been previously struggling to maintain its peg. MakerDAO’s president and chief operating officer, however, claimed that DAI’s value had been stabilized as of the beginning of May.

Also at the end of April, Andy Milenius, formerly the chief technology officer at MakerDAO, published an open letter dated April 3 explaining his concerns over the project’s internal conflicts.