Over the past few months, every country and corporation and their mother has been hinting at their interest in launching a “cryptocurrency”.

Prominent central bankers, after all, have said that the physical cash-centric society that exists today is on its way out.

At a central bank symposium in Wyoming in August, Mark Carney, the Bank of England’s governor, said that the U.S. dollar may lose its place as the world’s reserve currency, which will be a position filled by a cryptocurrency — be that a basket-backed asset, a single-fiat pegged coin, or something like Bitcoin. 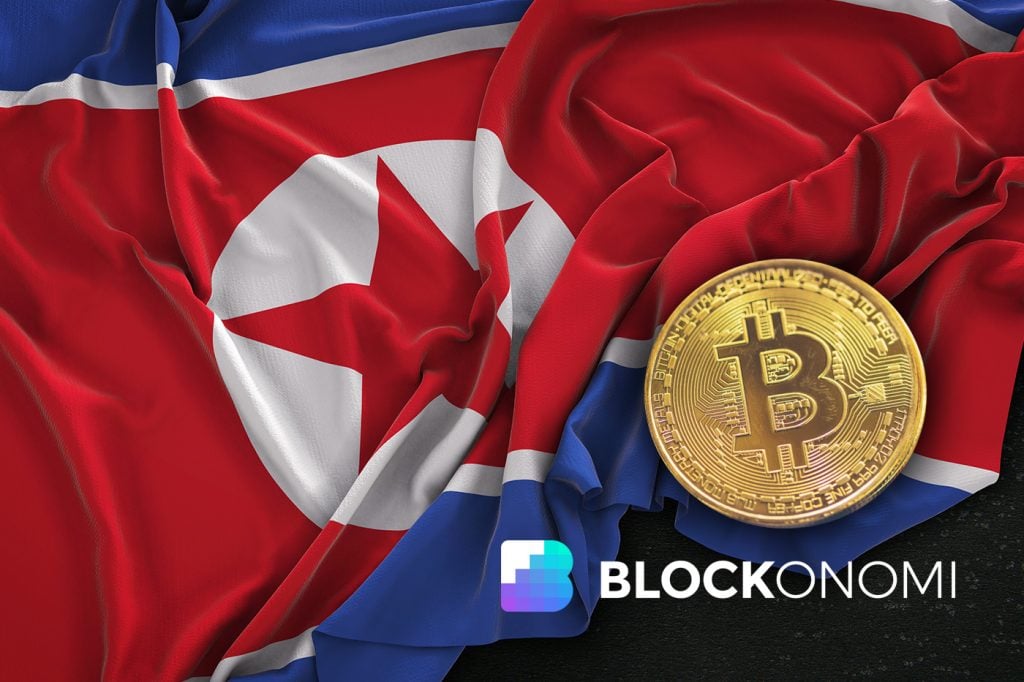 On Wednesday, an unlikely player joined the cryptocurrency race, this player being North Korea. Crazy, right?

North Korea is Building “Its Own Bitcoin”, VICE Says

Watch out, North Korea is reportedly building its own cryptocurrency. Speaking to VICE, a “representative of the regime” said that the country currently has a cryptocurrency in the works that is being built to “avoid crippling international sanctions and circumvent the U.S.-dominated global financial system”.

The representative, a delegate of the Committee for Cultural Relations for the Democratic People’s Republic of Korea (DPRK), says that the token is in its “early stages” of creation, with developers in the nation currently working on a way to back the cryptocurrency with a physical asset.

The delegate says that the digital asset, should it launch, will be meant to be used by banks, companies, and organizations, not the citizens of the hermit state — most of which don’t even have access to steady electricity and the Internet.

Not First Run-In With Cryptocurrency

This report doesn’t seem to be completely unfounded. North Korea is believed by the U.S. Treasury and the world’s cybersecurity firms to have dabbled in cryptocurrency, specifically as a way to fund their weapons programs.

As reported by Blockonomi, a United Nations report given to Reuters claimed that North Korean hackers have made some $2 billion by stealing capital from banks and cryptocurrency exchanges. An excerpt from the report reads:

This report corroborated analysis by IB Group, which claimed that a consortium of state-sponsored North Korean hackers, was responsible for at least $571 million worth of crypto hacks — including the $500 million theft of NEM from Japan’s CoinCheck and the $32 million loss that Korean cryptocurrency giant Bithumb incurred in a June 2018 hack.

More publicly and less illicitly, the nation has hosted one blockchain and cryptocurrency conference in Pyongyang and is expected to host the sequel sometime next February. While it isn’t clear who is invited to attend the event or what happened at the last conference, North Korea is probably looking for collaborators, especially if it is planning on going ahead with launching a cryptocurrency.

Is A “Kim Coin” Really Possible?

The launch of a North Korean cryptocurrency would somewhat legitimize this asset class as one that is here to stay, but it may not even make it to market.

First and foremost, the U.S. and its allies would do everything and its power to stem the use of the cryptocurrency, specifically to preserve the tacit control it has on the North Korean economy. Such action could include a crackdown on regular cryptocurrencies.

And secondly, there’s no telling how much traction the cryptocurrency would gain. While built with a different premise and under a different geopolitical backdrop, the Venezuelan Petro cryptocurrency, while purportedly seeing some traction in the region, has yet to accomplish its goal, some accuse. A report from Venezuelanalysis said that the Petro’s goals of “circumventing sanctions” and stemming the nation’s issues with hyperinflation were not achieved.

So, for now, the widespread adoption of central bank/government cryptocurrencies seems like nothing more than a quixotic dream.