18 Bitcoin in volume has been traded since the launch of Bitcoin futures on the Intercontinental Exchange’s Bakkt platform late yesterday, Sept. 22.

18 Bitcoin (BTC) in volume has been traded since the launch of Bitcoin futures on the Intercontinental Exchange (ICE)’s Bakkt platform yesterday, Sept. 22. 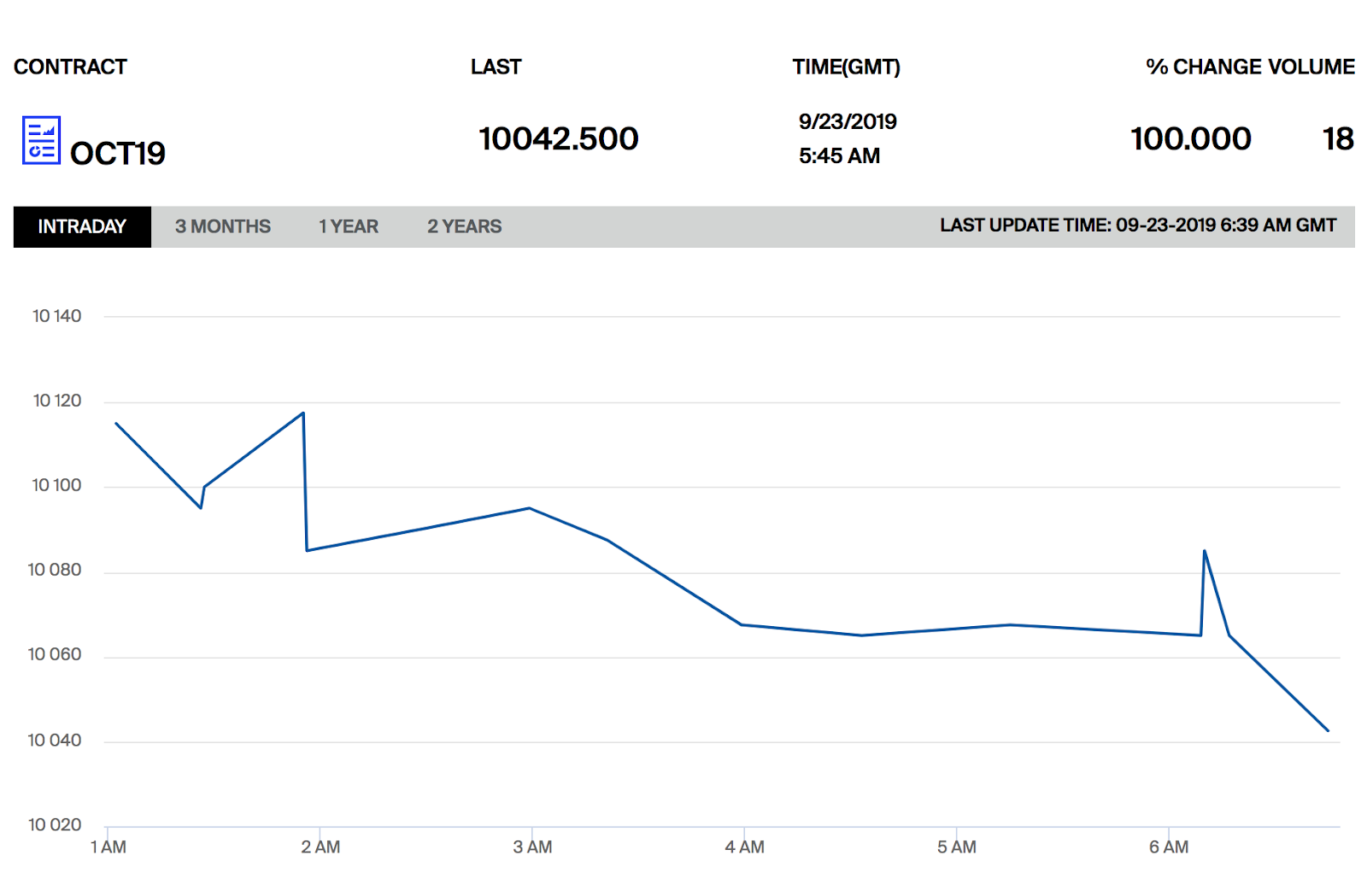 As of the most recently available data at the time of writing, 18 BTC has been traded, with a last recorded trading price of $10, 042.50/BTC.

Many crypto commentators have commented on the apparently slight volume levels, with one trader comparing the platform’s launch so far to patterns typically seen with earlier products:

“Probably a more gradual scale-up since it’s physical. With CME futures, anyone with the right FCM [Futures Commission Merchant] could immediately trade on launch [...] I’d think the incremental demand (beyond CME) would come from people who want to buy or sell physical for delivery, at least at first. Receiving could be instant (use FCM to convert), but I’m kind of thinking depositing physical will be gradual.”

Price and the institutional landscape

Despite long anticipation of the new contracts’ launch, the markets have yet to register any impact, with Bitcoin trading tepidly below $10,000 as of press time.

When it comes to the fiat-settled Bitcoin futures contracts on CME, their expiration and rollover dates have historically exerted pressure on Bitcoin markets — traders will no doubt be closely eyeing signs of potential impact from Bakkt’s product in the coming days.

Taking a wider view, Fundstrat analyst and well-known Bitcoin bull Tom Lee had tweeted on Sept. 20 that he was “very positive on Bakkt and its ability to improve trust with institutions to crypto.”