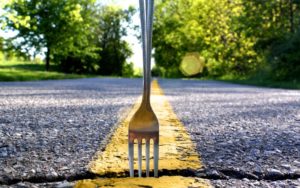 The EOS network will go through its first significant upgrade achieved through a hard fork. The upgrade will bring version 1.8 to life, but the price still has yet to show any signs of movement.

The EOS network will upgrade at exactly 13:00 UTC, with the countdown in its final stretch. The hard fork will bring temporary freezes in trading, until the network has proven its stability.

Binance is among the exchanges supporting the hard fork, suspending EOS withdrawals and deposits from 12:00 UTC. The trading of EOS will continue, and the exchange warns traders to allow sufficient time for deposit processing.

The EOS community also warns to avoid actions on the network at the time of the hard fork, such as transferring significant funds, or buying RAM or other resources.

As of 11:00 UTC on Monday, the EOS network was progressing toward a node upgrade to the new version. All the 21 elected top Block Producers will be expected to switch to the new version, thus completing the hard fork. As of 11:00 UTC, 29 out of 30 top block producers either upgraded their node or established commitment to upgrade. No new token will be generated, as in contentious hard forks where two networks exist. Because of the EOS structure, all block producers are ready to coordinate the mining of the new blockchain.

EOS market prices reawakened after September 15, in a general altcoin rally. However, right now the token is trading at $3.81, down 2.18% against the dollar over the last 24hrs. After the hard fork event today there’s a good chance the asset may slump even further, following the behavior of other digital assets that crash after the hype is gone. EOS prices have been relatively stable in comparison to other altcoins, making traders suggest the token is manipulated.

Voice Service on the Horizon

The upgrades and proposals will increase the output of EOS, and make it suitable to launch EOS Voice, one of the much-awaited projects backed by Block.One. The Voice app will be the first blockchain-based voice chat service. Block.One announced the project this June 1 with much hype.

What do you think about the EOS hard fork? Share your thoughts in the comments section below!