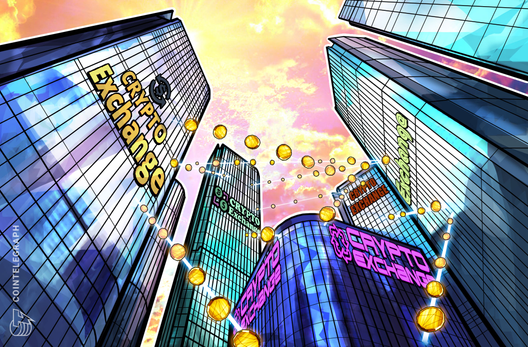 The Blockchain Transparency Institute finds that Kraken and Coinbase are among the cleanest cryptocurrency exchanges in the industry.

The Blockchain Transparency Institute (BTI) has released its latest market surveillance report which states that Kraken and Coinbase are among the cleanest cryptocurrency exchanges in the industry.

On Sept. 19, the Blockchain Transparency Institute published its 5th market surveillance report that verifies reporting of cryptocurrency exchange volumes. The BTI has been publishing reports since August 2018, and through its proprietary algorithm, BTI cleans all wash trading from exchanges’ volumes. The report states:

“Since the start of 2019, global wash trading has reduced by 35.7% among the real Top-40 exchanges. The process of sharing our data reports with many of these exchanges has resulted in enhanced mechanisms for detecting wash trading accounts and shutting them down.”

The report reveals that the cleanest exchanges since its latest report continue to be Kraken, Coinbase, Poloniex, and Upbit. OKEx and Bibox, on the other hand, are the exchanges with the highest rates of wash trading according to the report's real ranking of the top-40 exchanges.

The BTI report further found that Japan and the United States lead the world in exchanges with accurate reporting. The reports adds:

“This can be due to several factors, the main of which is the legal and regulatory standards in these countries. However, stricter regulatory frameworks do not always produce the cleanest exchanges.”

Cointelegraph reported that In mid-March, Bitwise Asset Management also issued a report on Bitcoin (BTC) trading figures. The San Francisco-based index fund provider declared that up to 95 percent of Bitcoin trading volume as seen on CoinMarketCap (CMC) was due to wash trading.

Wash trading is a type of market manipulation where sell and buy orders are simultaneously placed on the same asset to artificially increase trading volume, while giving the impression that the asset is more in demand than it actually is. Wash trading is illegal in regulated exchange platforms.