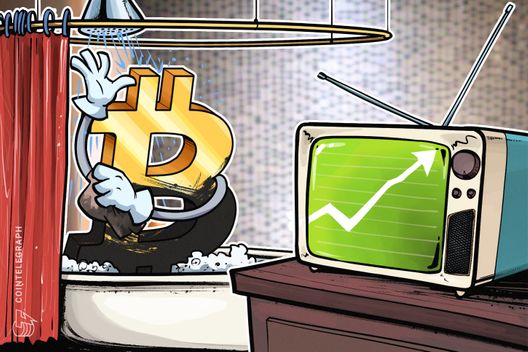 Bitcoin’s network hash rate plummeted by 40% yesterday, Sept. 23, but has pared most of the losses since.

Data from Coin.dance — corroborated by other sources [insert links] — indicates that the network’s hash rate plummeted yesterday from over 166.6 PH/S to 57.7 PH/S.

The flash drop remains unexplained as of press time and is all the more striking given the Bitcoin network’s record-breaking string of new all-time high hash rates throughout summer.

Just five days ago, Cointelegraph had reported that Bitcoin’s hash rate had passed a record 102 quintillion hashes in a historic milestone.

As previously noted, the hash rate of a cryptocurrency — sometimes referred to as hashing or computing power — is a parameter that gives the measure of the number of calculations that a given network can perform each second.

A higher hash rate means greater competition among miners to validate new blocks; it also increases the number of resources needed for performing a 51% attack, making the network more secure.

By press time, Bitcoin’s hash rate has somewhat recovered back to almost 88.3 PH/S — yet remains well below its earlier records.

Throughout summer, cryptocurrency analysts had argued that the network’s record-breaking streak of all-time hash rate highs was a bullish indicator for the top coin’s price performance.

In a tweet posted this August, Bitcoin investor Max Keiser had claimed that:

Back in November 2017, Bitcoin had seen a sudden hash rate downturn of almost 50%, accompanied by slowed transaction processing times, a price dip, and even miners’ short-lived switch over to the forked network, Bitcoin Cash (BCH).