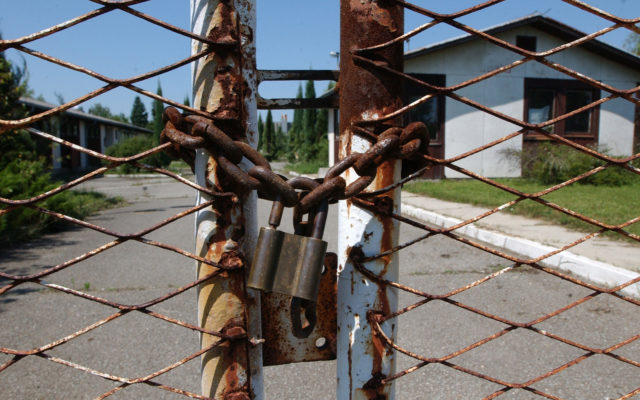 Non-custodial crypto exchange Aphelion, which operates a token with the same name, announced yesterday that it was closing down its mainnet platform.

In fact, Aphelion halted the trading services on all pairs prior to providing any public announcement. On Monday, October 7, traders could no longer open positions on Aphelion’s peer-to-peer (P2P) trading platform, except for the NEO/GAS pair. Instead, they could see the following notification:

The market is currently closed for trading. Please use the controls below to cancel your orders and withdraw your funds from the contract back to your wallet.

It is with great disapointment we must report our groundbreaking DEX and project is taking steps to close down. After nearly 2 years and successful applications across all channels and 10s of thousands of lines of open source code that the market has finally taken its toll.

Before the suspension, traders could open positions on 16 NEP-5 tokens traded against NEO, GAS, SDUSD, and APH. The latter is Aphelion’s native token, which crashed over 50% after the news and over 80% since yesterday.

For those unfamiliar, NEP-5 tokens are digital tokens built on the NEO blockchain using the NEP-5 standard (NEO Enhancement Proposals).

While APH didn’t make any sense off the native platform, the token is now completely useless. Traders used to hold the token to pay fees on the DEX platform.

It seems that the platform had some plans to survive. Last month, it announced an update, upgrading to v.4.1.0 and integrating ERC-20 tokens into the Aphelion wallet. The latter supports BTC and NEO-based tokens.

However, the upgrade was developed for only about a month, as Aphelion is now closed down. Some traders believe that it was another scam closing its doors.

More like "After two years of successful pumps and dumps allowing us to make money, we've now decided we've made enough and close the GROUNDBREAKING dex."

Do you think Aphelion was a scam? Share your thoughts in the comments section!

The post Aphelion Closes Down its DEX Platform appeared first on Bitcoinist.com.