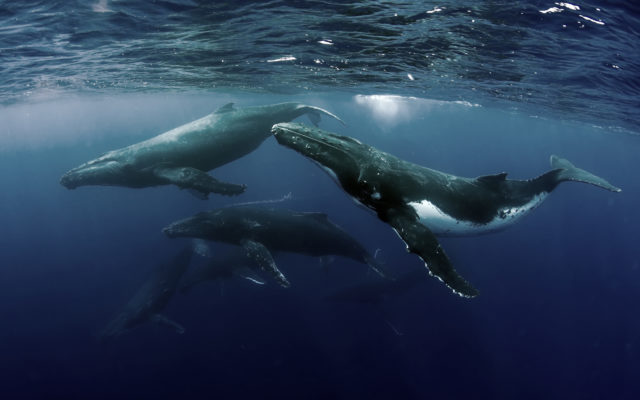 We all know there are plenty of whales out there with the power to move the market. But who are the biggest Bitcoin HODLers among them?

Exchanges Are the Biggest Bitcoin HODLers

It will probably come as no surprise to hear that exchanges are the biggest Bitcoin HODLers. 6.7% of the current circulation (some $9.8 billion) is held on exchange wallets.

What is a little more interesting, however, is that despite the lengthy bear market, “rallies & crashes,” exchanges have continued to accrue more BTC.

Exchanges are the biggest #HODLers

Through price rallies & crashes, we see that the stockpile of $BTC on exchange wallets has consistently been increasing.

The graphical representation by @thetokenanalyst shows how eight exchanges including Kraken, Bitstamp, and Binance, have steadily increased their stores of BTC over the last two years.

The pastel colors represent each separate exchange’s holdings and show how they continue to grow. This is in stark contrast to the violent peaks and troughs that Bitcoin has seen since March 2017.

The biggest Bitcoin HODLers continue to have faith in demand and increase their share regardless of market conditions.

After exchanges, let’s take a look at some of the other major whales in the Bitcoin space:

We may still have no idea who Bitcoin’s anonymous creator is but we do know this. He or she is the single largest of all the Bitcoin HODLers with one million BTC (4.76% of the 21 million coins that will ever be mined).

The Winklevoss twins claimed back in 2013 that they held 1% of all the circulating Bitcoin supply. However, it’s extremely likely that they HODL more than that now.

As owners of the Gemini exchange, they’ve been steadily accumulating more BTC over the years as well.

The ‘King of Crypto’ Barry Silbert is also the CEO and founder of Digital Currency Group. Not only does the company build and support Bitcoin and blockchain companies, but it owns some other major assets as well.

These include cryptocurrency news outlet CoinDesk and over 100 Bitcoin-related companies including Grayscale. Forbes estimated Silbert’s crypto net worth at between $400-500 million in 2018. But that figure has certainly been dwarfed since then.

How Much Bitcoin Do You Need to Be a Whale?

If you fancy seeing yourself as a big fish in the pond, it may become easier in the future.

As Bitcoinist reported a few weeks back, the amount of BTC you need to be a whale may change over time. If you buy into certain theories, holding just one BTC may give you enough power to affect the market.

Although, others disagree, pointing out that 1 in 21 million is pretty much “peanuts.” Whatever the case, however much you have, keep calm and HODL.

Are you surprised that crypto exchanges are the biggest bitcoin whales? Add your thoughts below.

The post Who Are the Biggest Bitcoin HODLers? appeared first on Bitcoinist.com.