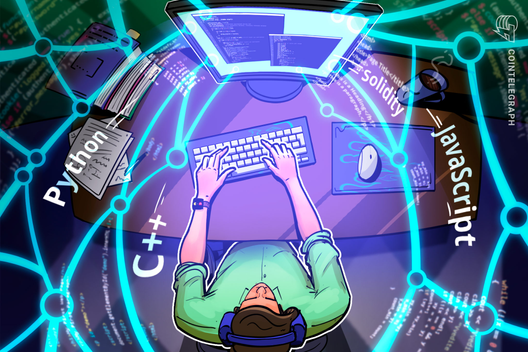 Programming languages are crucial for blockchain — for usability, security and durability.

And what does Ride run on?

Ride has been specifically designed for Waves — a leased proof-of-stake protocol.

Waves says its aim is to build an environment in which developers can program in chunks — all with a view to ensuring that the ecosystem of decentralized applications can move toward the Web 3.0, a new era relating to how internet users and apps interact online.

The company says this approach of easy-to-use building blocks results in greater levels of customization and also ensures that DApps will be compatible with other pieces of software in the future. This predictable approaching to coding can almost be compared with Lego — the bricks all work together — as opposed to other languages in which the components may not fit.

Waves offers extensive courses to help developers become acquainted with Ride — courses that are available in a multitude of languages. These resources are accompanied by grants for those who wish to build decentralized apps and code for the next generation of the internet.

Are there any new solutions?

Some new offerings are attempting to deliver languages that bring coding into the 21st century — fit for the blockchain age.

One of them is Ride, which bills itself as a straightforward, concise language that’s easy for humans to read. The benefit of this is how it can reduce the time and resources needed to bring blockchain solutions to market. The strongly typed, non-Turing-complete language is designed to help developers avoid common critical mistakes that can stop code from running effectively. It also runs on a protocol that delivers flat fees and no gas, ensuring that the costs associated with DApp operations are known in advance to prevent nasty surprises.

Why is picking the right programming language so important?

Because it can have a huge impact on a blockchain platform’s future success.

Security is obviously the main concern — not least because a vulnerability can have a fatal effect on confidence in a network. When selecting a programming language, this should be top of the list.

Given the fact that anyone can add to a blockchain and access the code, it’s also worth producing code — and building a network — that can withstand as many requests as users are willing to throw at it. If it’s unable to perform to the standard required, and buckles under the pressure because it’s not versatile enough, this could be disastrous for scalability and development in the future.

What are their downsides?

In many cases, the learning curve associated with these programming languages can be steep, to say the least.

Cpp has a fairly outdated syntax — that’s the spelling and grammar associated with the programming language — meaning it’s often difficult for developers to get their heads around. Python’s simplicity runs the risk of clipping a developer’s wings when they are hoping to build an ambitious, complex blockchain network. JavaScript lets the team down because it lacks a SHA256 hash function, while Solidity is a fairly new language that does not allow additional features to be added to smart contracts once they have been created.

What are the most common programming languages?

Cpp, Python, JavaScript and Solidity are some of the established players in the blockchain programming community.

Many of these languages have been around for a significant amount of time and are also used for nonblockchain purposes. Take Cpp. It was first conceived in 1985 and was the core language for the network that started it all: Bitcoin. Developers like Cpp because of how it delivers control over memory usage, enables multiple instructions to be executed at the same time, and because of how it has achieved maturity by being around for almost 35 years.

Python, born in the early 1990s, is favored because of its simple, minimalistic approach — and this means that bugs in code can be fixed relatively easily. JavaScript is a major player on the internet as a whole and delivers interactivity with slick user interfaces. The most popular language on Ethereum is Solidity — a language that drew inspiration from Cpp , Python and JavaScript to create an environment that’s geared toward blockchain developers.

First, what are programming languages for?

Aside from functionality, programming languages are essential in ensuring that blockchain networks and crypto infrastructure are secure.

Their role is simple: They enable computers to understand instructions. While there is some overlap in the programming languages used to develop conventional software and technology for blockchain platforms, the workflows and skills required to create a successful project are radically different.

Maintaining a public blockchain is by no means an easy task. The code created needs to be absolutely bulletproof — not least because security vulnerabilities can and have been exploited by hackers. This slows down the process substantially because developers need to make sure that every loophole is addressed.

Programming languages are instrumental in ensuring blockchain networks run smoothly and transactions are executed with precision. To achieve automation, smart contracts are often used. When predetermined conditions are met, code enables these agreements between parties to be executed automatically. The incentive here is that it eliminates middlemen — eradicating the need for lawyers or notaries. That said, it can take intensive levels of coding to get them right.

Other blockchain uses include the development of decentralized applications (DApps) and the execution of crowdfunding initiatives.