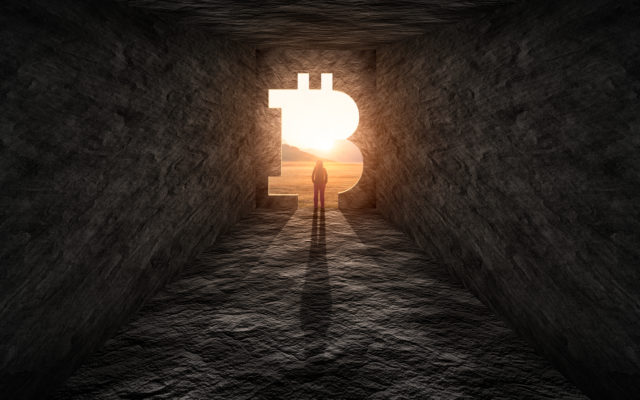 Wall Street is trying to tame Bitcoin (BTC), but two crypto startups are using the Bitcoin blockchain to take on Wall Street.

Startups skew. and CryptoGarage announced a successful test for settling an S&P 500 derivative over the Bitcoin blockchain, in a transaction completed between September 6 and September 20. The two startups believe blockchain holds the answer for faster, secure settlement, which is otherwise an expensive process run by intermediaries.

The two parties entered a derivative spread contract, then settled it as it expired, using oracle data from ICE Data Services.

With its hashrate making regularly new all-time highs this year, the Bitcoin blockchain is arguably the most secure distributed ledger globally — it is the ideal candidate for becoming the settlement ledger of global financial transactions,

Goh joined the crypto space after working as a derivatives trader for J.P. Morgan, hence the idea to handle a known area with novel technology.

CryptoGarage, a Japanese startup, took the challenge of turning the investment product into a smart contract running on Bitcoin. The greater security of the network with the highest hashrate made the two companies choose Bitcoin over the Ethereum (ETH) network.

What is even more curious, the S&P 500 derivative was originally denominated in USD. But the contract was settled in BTC, turning the transaction into a so-called quanto option. The two startups believe the use case for the Bitcoin network can open the network to settle contracts that total $400 billion per year, and currently use traditional settlement tools.

The companies warn that the transaction was done solely as a proof of concept, and for now do not intend to offer a settlement or other financial services.

The Bitcoin network poses a challenge for building smart contracts, as it does not offer the Turing-complete solution of Ethereum. However, Ethereum faces significant setbacks to smart contracts, including unpredictable gas fees. The other problem is the ubiquity of smart contracts, which often suffer from logic flaws and facilitate hacks and exploits.

Blockchain has always been offered as a solution to settle transactions in traditional securities. But so far, there is no test on how the system would behave under a greater load. The Bitcoin network is extremely secure when it comes to attempts to change the record. Over the past few days, mining reached peaks above 102 quintillion hashes per second, thus making any transaction very expensive to reverse.

What do you think about using the Bitcoin network for derivative settlement? Share your thoughts in the comments section below!