Back in the spring, Coinbase rolled out Tezos staking support on its institutional investor arm, Coinbase Custody.

Yet Tezos stakeholders aren’t the only ones buzzing on the news.

For the Ethereum community, the writing is on the wall: Coinbase’s XTZ staking expansion and new company remarks indicate ether (ETH) staking is imminently coming to the San Francisco-based exchange in the wake of “Ethereum 2.0” launching next year. 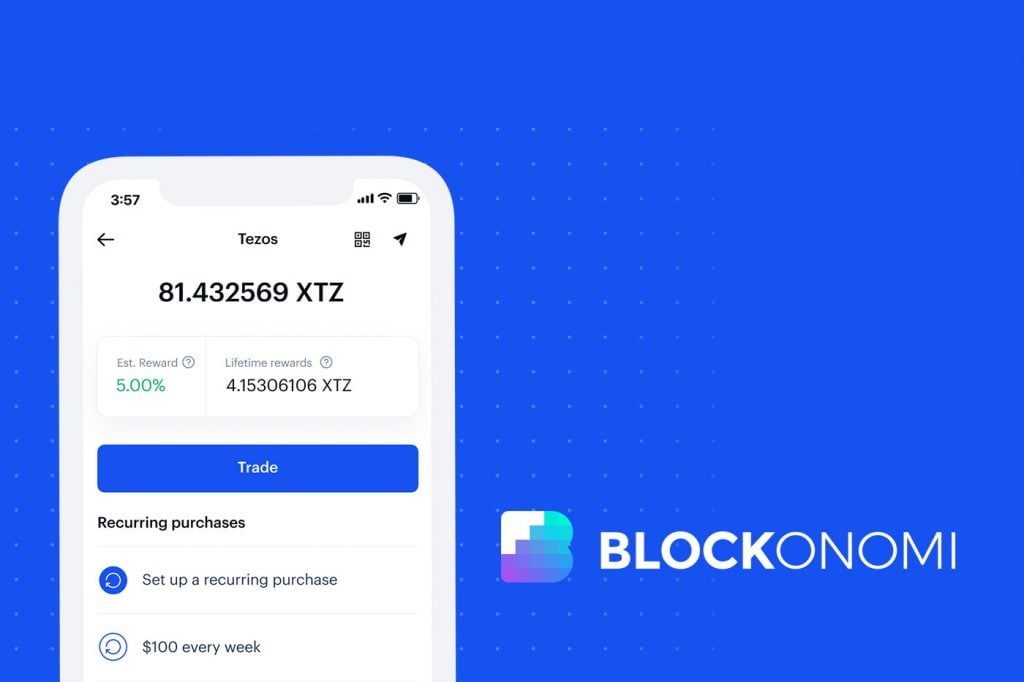 To be sure, the specter of proof-of-stake (PoS) projects — wherein users gain crypto rewards for holding crypto to secure a blockchain network instead of participating in proof-of-work (PoW) mining — is rising in the cryptoeconomy, and Coinbase is making early moves accordingly.

Tezos is currently a top 15 cryptocurrency project per market capitalization, putting it in the upper echelon of PoS plays in the space among competitor PoS-minded platforms like Cardano and the smart contract arena’s presently unmatched king of the hill, Ethereum.

PoS is indeed coming to Cardano and Ethereum, but the mechanism is still just over the horizon for these projects for now — live staking is projected to begin as early as Q4 2019 for Cardano and as early as Q1 2020 for Ethereum.

Where Tezos has the lead is in beating other big projects to the PoS punch and reaping the related clout. With the unveiling of XTZ staking support on Coinbase proper, Tezos is the first of the PoS lot to have its associated cryptocurrency, XTZ — sometimes affectionately referred to as tezzies by proponents — have consumer-facing staking support launched on a major cryptocurrency exchange.

“With [this] launch, Coinbase is offering an easy, secure way for anyone to actively participate in the Tezos network. While it’s possible to stake Tezos on your own or via a delegated staking service, it can be confusing, complicated, and even risky with regard to the security of your staked Tezos. We’re changing that with staking rewards on Coinbase.”

As such, retail investors who hold their XTZ on Coinbase will now earn XTZ staking rewards, which the exchange currently projects will provide approximately 5% returns annually after takings its own cut from the earnings.

3/5 Eligible US customers will see their pending Tezos rewards accrue in real-time in the app. Once the initial holding period completes (35-40 days), customers will receive rewards every 3 days.

Unsurprisingly, the Tezos community heralded the rollout as a step toward the mainstream for the project. And in kind, Ethereum proponents took the development as an early indication that ETH staking is now all but given on Coinbase.

Once Ethereum starts its shift to PoS next year, it will automatically become the largest PoS project in the space. So if Coinbase thought support for XTZ staking rewards would be fruitful, it’s undoubtedly eyeing “Ethereum 2.0” ETH in the same way.

That point wasn’t lost on the Ethereum community, which exploded into related discussions as the XTZ news — and an intraday XTZ price surge — made the rounds on November 6th. But it’s also not just a matter of pure speculation, either.

While Coinbase didn’t touch on the subject in its own Wednesday announcement, the “unicorn” company confirmed to Wired that “it will consider staking for other tokens, especially as other networks, including Ethereum, adopt similar security models,” the publication noted.

Ethereum proponents have already latched onto what the domino effects might be, insofar as other top exchanges like Malta-based Binance seem primed to follow suit. Ryan Sean Adams, creator of the Bankless newsletter, has relatedly highlighted that “Binance already custodies 2% of all ETH,” for example.

Binance already custodies 2% of all ETH

What are the implications if the crypto banks dominate staking?