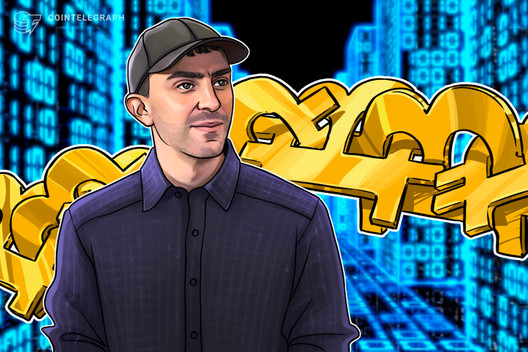 Today popular market analyst and Cointelegraph contributor filbfilb joined veteran trader Tone Vays on his YouTube trading channel. During the discussion, each trader discussed their long and short-term vision of Bitcoin’s price (BTC) action, along with the various trading indicators and styles they use.

According to Vays, Bitcoin’s price action on the weekly time frame remains strongly bullish as Bitcoin broke through multiple levels of resistance and is still on six on the TD Sequential indicator, which is favored by Vays. 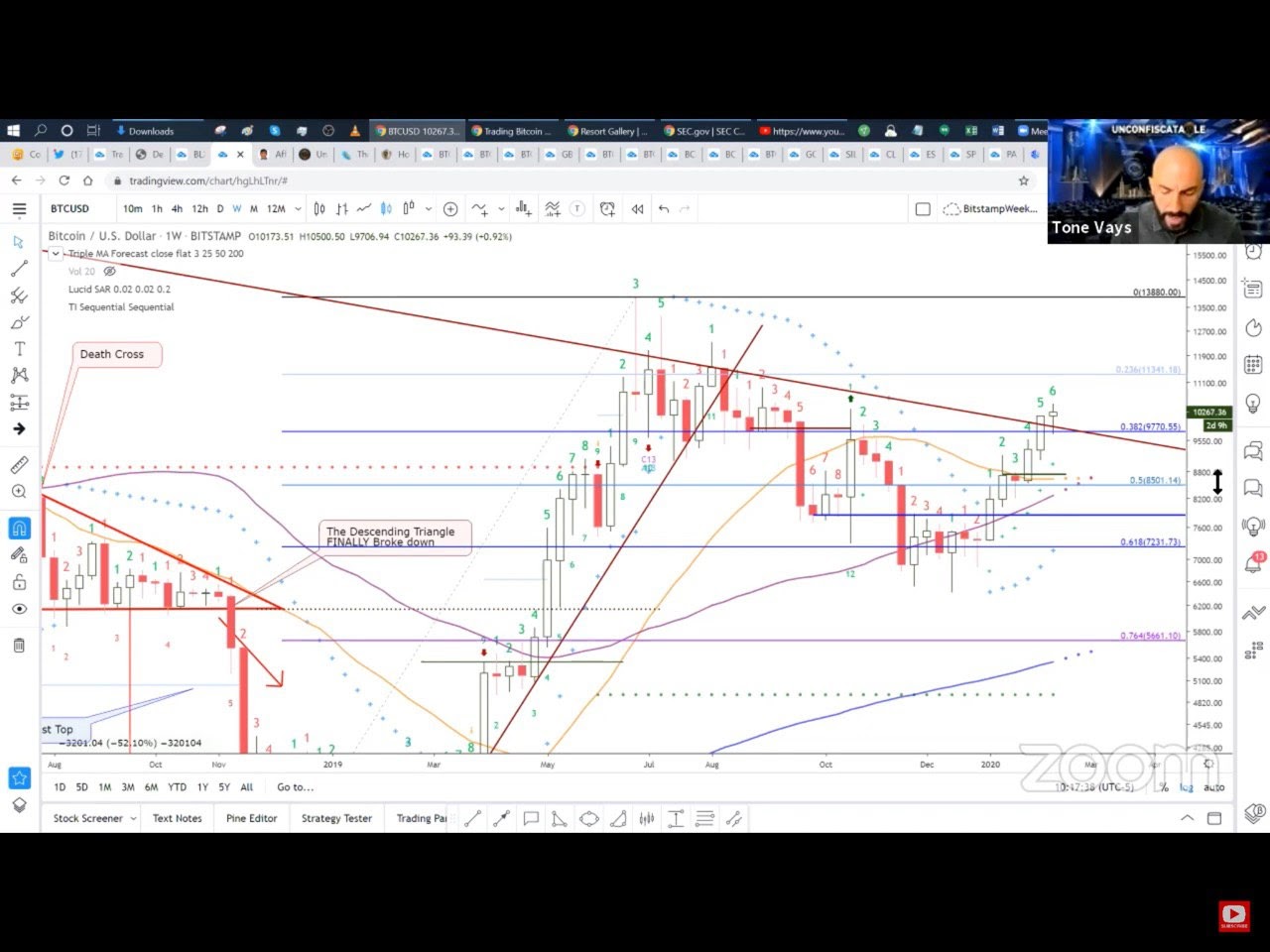 Vays also pointed out that Bitcoin pulled above a critical descending trendline at the 0.32% Fibonacci retracement level at $9,770.55. However, the veteran trader cautioned investors as the daily time frame is less bullish in his opinion.

According to Vays, the recent notch of a nine on the TD Sequential indicator and the slowing momentum in Bitcoin’s price hint that a one to four candle correction could occur before Bitcoin moves higher before it halving event.

Vays believes that at the moment Bitcoin is in a no-trade zone on the daily timeframe as it is short-term bearish. From Vays’ point of view, opening a long position on a breakout above $10,400, $10,450 would be a safer trader.

Alternatively, if the price pulled back to $10,000, then acquisitions for long positions in the $9,500 range would be ideal.

According to filbfilb, Bitcoin recently exited its reaccumulation phase when it blew through the $9K resistance. filbfilb expects that Bitcoin will eventually burn through the $9,500 to $11,000 zone but the digital asset is expected to meet some pushback at the long term overhead descending resistance and the point-of-control from the 2018-2019 bear market.

The market analyst also points out that on the wider timeframe (weekly) Bitcoin has reclaimed the 50% Fibonacci retracement level but he also anticipates that the 61.8% level will serve as significant resistance as Bitcoin hasn’t closed above $11.5K since January 2018. 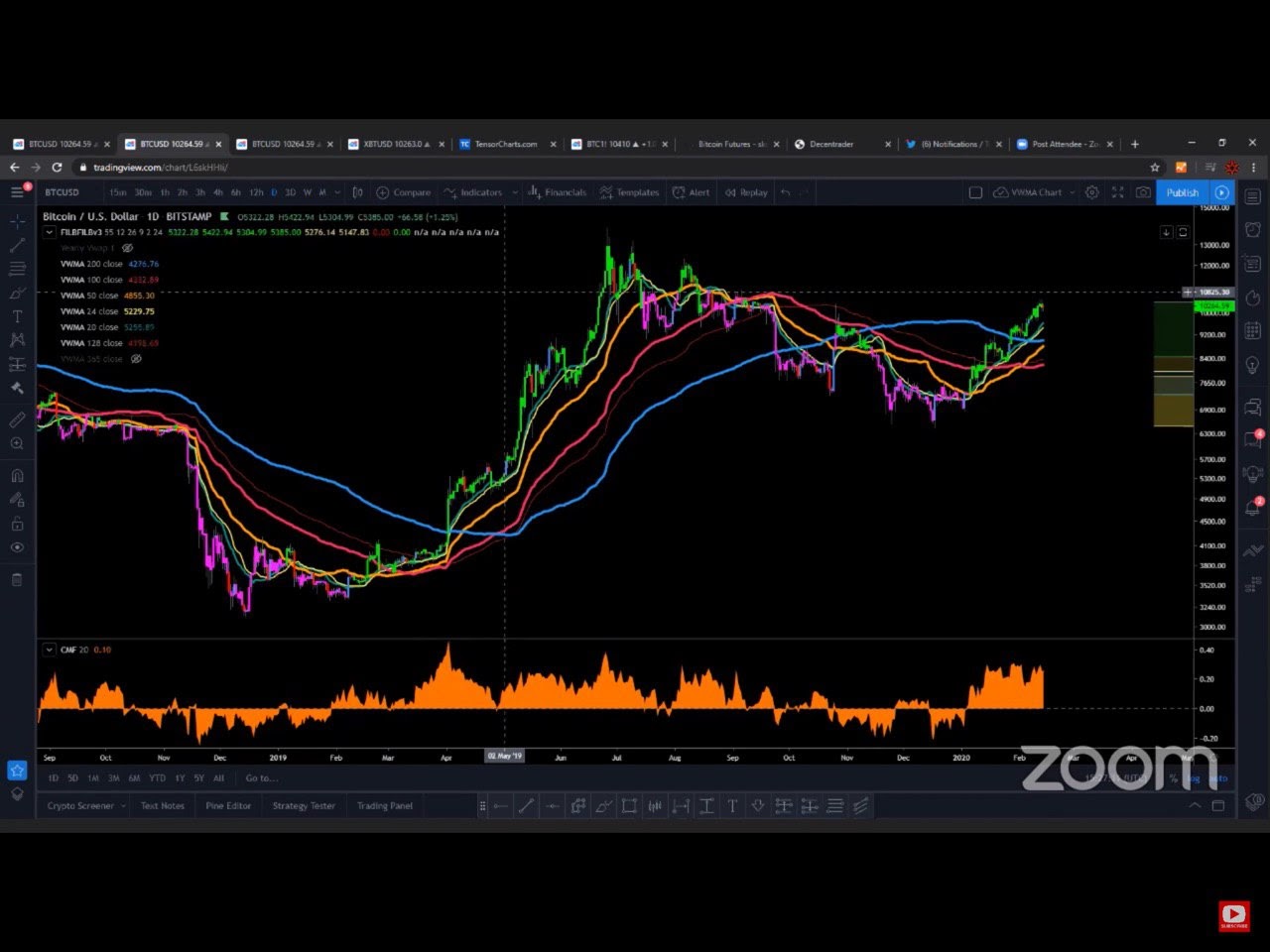 Filbfilb is overwhelmingly bullish on Bitcoin’s long term prospects and points out that the digital asset is trending above every major level of the volume-weighted moving averages on multiple time frames.

Filbfilb believes that if Bitcoin can overcome the $11,500 mark, it could run all the way to the 78.6% Fibonacci retracement level at $15,500 before encountering resistance and pulling back towards $11,000 again.

Over the short-term, filbfilb believes it wouldn’t be unreasonable for Bitcoin price to bounce off the $9,500 area but if this were to occur it would not invalidate his bullish point of view.

When asked if failure to notch $11,000 before the halving, filbfilb said:

“I can definitely see us having a go at $11,000, but it may just take a little bit longer for us to get through than I expected.”

Increasing interest in Bitcoin futures is the tell

To support his long term bullish point of view, filbfilb explained that the CME Bitcoin Futures have been the ultimate tell on where the market is headed. He points to the strong and steady increase in futures trading volume and the on-balance volume (OBV) indicator continuing to press into higher highs. 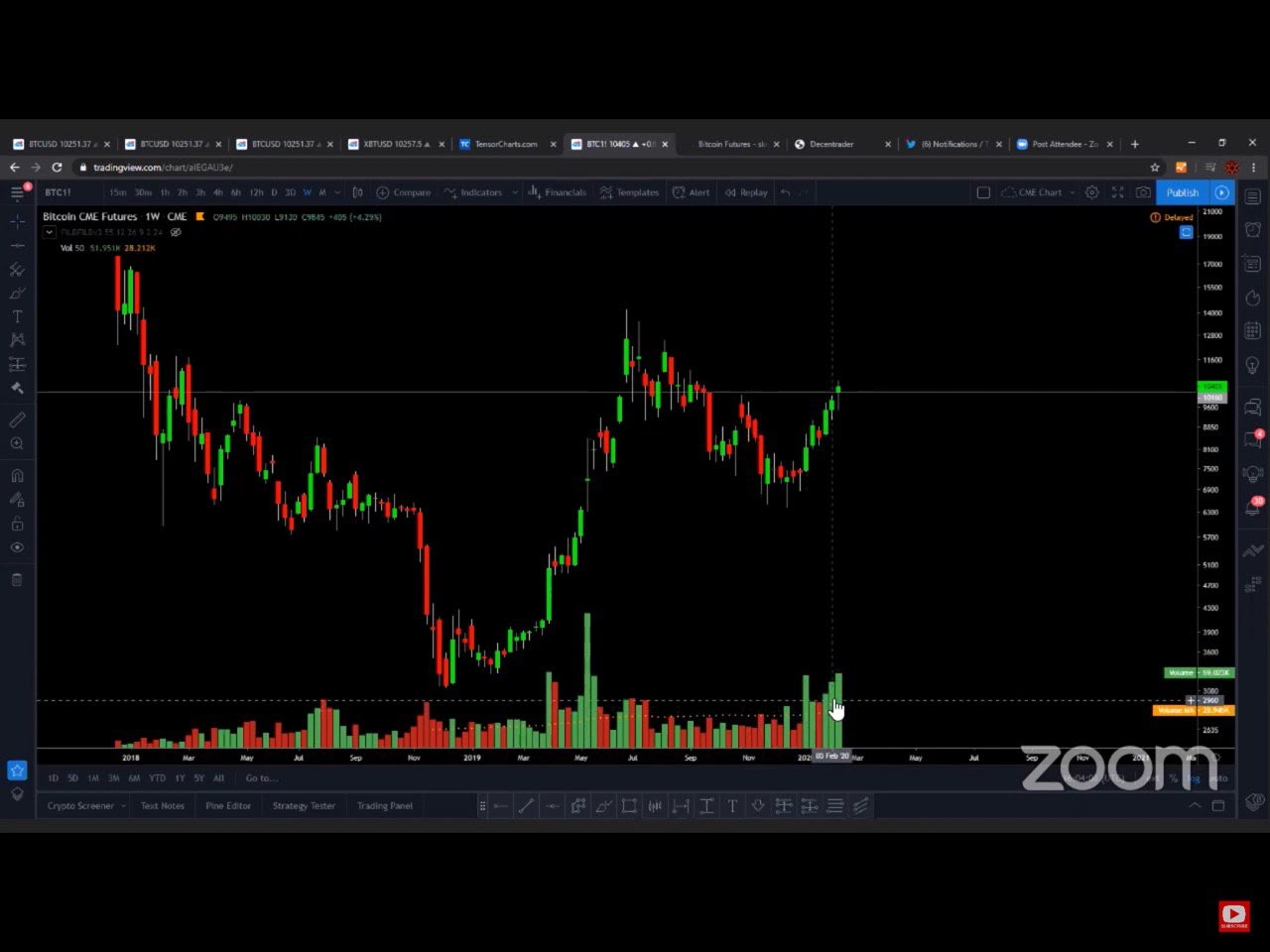 This shows that larger holders and possibly institutional investors are deeply involved with Bitcoin. A steady increase in open interest (OI) and the futures premium on Bitcoin contracts also show that larger hands are feeling bullish about Bitcoin’s future prospects. 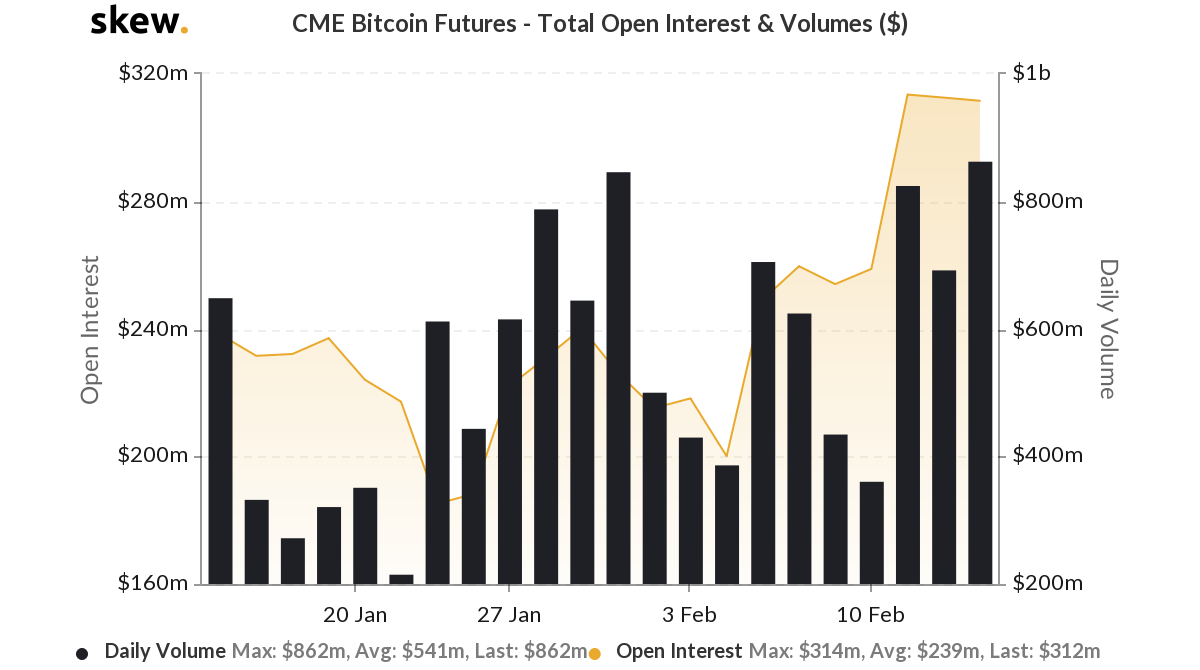 When asked about this pre-halving price target expectation filbfilb said placing a new high higher than 2019 at $15 to $16K would be great. Vays then interjected that the current bull market is likely to last for three years when the pre-halving and post-halving timeframes are factored in.

With that said, Vays asked filbfilb to give his “ultimate” Bitcoin all-time high price for the next 2 years. Filbfilb responded with:

“I think we’re going to struggle to get past $60K. I think that $60K will be a really really troublesome level to get across. I’ll certainly be looking to book some serious profits at that point. Trying to go above $50K to $60K at this point would be a little bit foolish.”

Towards the end of the interview, Vays took questions from the live audience and one viewer asked whether now is a good time to buy Bitcoin or should one wait until the next sharp correction. Filbfilb responded in-depth and added this as the take away to the discussion:

“The open interest across the whole of the market is going up and this is a good thing. Overall the market looks good and healthy for me. I don’t think there’s any point in trying to wait around for some sort of pre-halving pump because in my view we’re already halfway through it.”