XRP is currently in the process of posting a notable rally that has allowed it to outperform Bitcoin and most other major cryptocurrencies, with the embattled token’s bulls attempting to catalyze some much-needed upwards momentum.

This has allowed the crypto to erase what one analyst is calling “months of underperformance” — although the long-term significance of this upswing still remains unclear.

It is important to note that there are a few key fundamental factors that could hold some sway over XRP’s near-term price action, including rising transaction counts and some shakeups when it comes to who will be utilizing Ripple’s cross-border remittance services.

It’s no secret that XRP has been one of the worst-performing major cryptocurrencies throughout both 2019 and 2020, with the crypto posting a sizeable yearly decline of over 40 percent in 2019, while setting fresh post-2017 lows just a few weeks ago when it dropped below $0.10.

Now, it appears that the token’s bulls have had enough of this lackluster price action, as it is currently trading up over eight percent at its current price of $0.175, while also being able to climb over seven percent against its Bitcoin trading pair.

This bullish movement has led Su Zhu, the CEO of Three Arrows Capital, to note that it now appears that buyers are in the process of erasing what he describes as “months of underperformance.”

Although there is currently no clear impetus for this movement, there are a few trends that may sway the token’s price in the near future.

One such factor is the fact that data elucidates that transactions on the crypto’s network have been steadily climbing throughout both 2019 and 2020, with this number peaking December of last year. 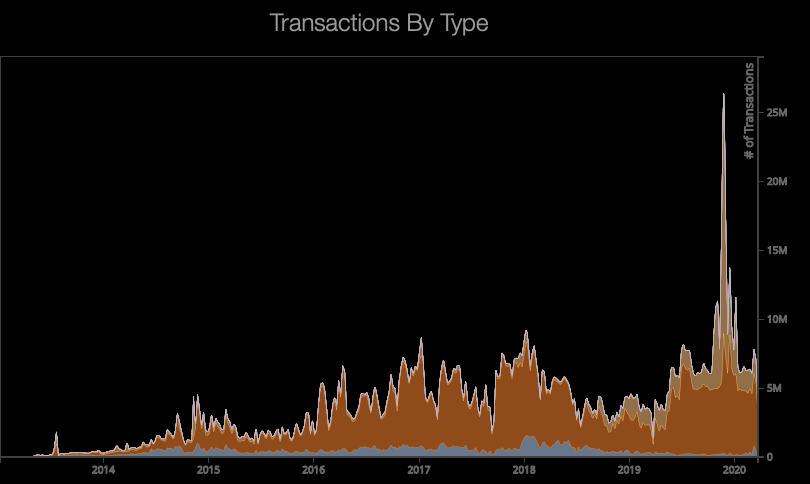 It is also imperative to note that there have not been any major bullish developments for XRP coming out of Ripple’s myriad of partnerships – which have been primarily centered around the FinTech company’s non-XRP settlement solutions.

Even then, some notable Ripple partners are even showing signs of hesitation when it comes to using the company for remittances in major markets, with Intermex – who recently partnered with the company — noting that they will not be using Ripple for “core markets” like Mexico.

If Ripple isn’t able to onboard any more major players into their network, the growth of their XRP-based cross border settlement solution — xRapid — may decline, leading to a mass exodus of investors away from the cryptocurrency.

The post XRP is erasing “months of underperformance” as bulls fuel 8% rally; here’s what you need to know appeared first on CryptoSlate.