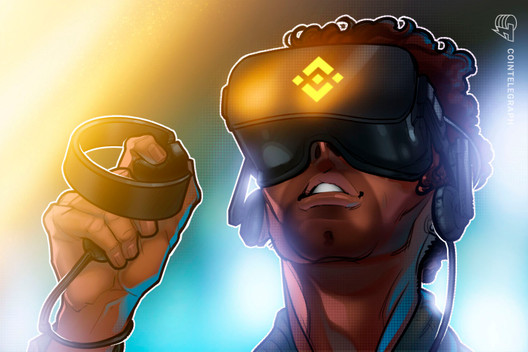 The cryptocurrency giant Binance has acquired virtual space within the blockchain gaming platform The Sandbox by buying 4,012 LAND tokens — each of which is a non-fungible token representing a piece of unique virtual real estate in The Sandbox metaverse.

The Sandbox’s virtual world allows its users to own, create and monetize their gaming experiences using the native utility token of the ecosystem, SAND, as well as LAND tokens.

Binance plans to use its LANDS to organize social gaming events such as NFT and game creation contests within The Sandbox platform and reward the best creators of the contests with LANDS.

Scheduled for a public beta release in December 2020, The Sandbox has so far organized four LAND presales and sold tokens worth almost $1,500,000. The demand for the gaming platform and its metaverse’s real estate NFTs has risen since its first token sale, where it sold 3,000 pieces of LAND within four hours. The next three presales saw similar interest with most tokens being swapped within the first few hours.

As Cointelegraph earlier reported, the major buyers of LAND during the presales were the renowned crypto companies such as CryptoKitties, My Crypto Heroes, Old Skull Games, and Dapp.com.

Gaming giant Atari is also a partner of The Sandbox and is creating blockchain versions of classic games such as Asteroids, Centipede and Pong.

Named as one of the most anticipated blockchain games, The Sandbox already boasts a whopping 40 million downloads and over 1 million monthly active users. The Sandbox also recently concluded a $3 million fundraise on Binance Launchpad.

Now the platform expects to further the adoption of blockchain games and NFTs by tapping into Binance's large userbase.