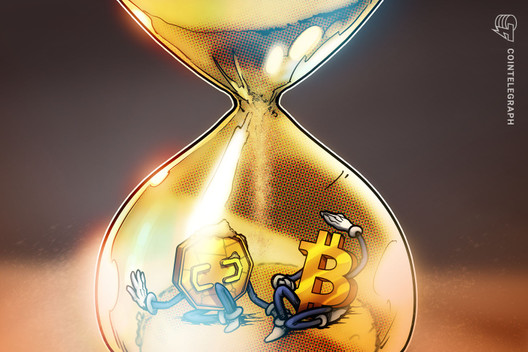 Rather than a hedge against inflation, cryptocurrencies are an alternative to the dominant system entirely.

The U.S. Federal Reserve chairman, Jerome Powell, recently announced that the Fed will now shift its focus from targeting inflation to closing “unemployment shortfalls.” The Fed, in essence, is doubling-down on the same inflationary policies with which it experimented during the 2008 global financial crisis.

Speaking at a virtual Jackson Hole event recently, Powell said the Fed would not raise rates anytime soon. He also said that the Fed would tolerate higher inflation, departing from the historical norm of a 2% inflation target. This cheap money and higher inflation policy take quantitative easing to an entirely new level.

Related: Jerome Powell throws US dollar under a bus in Jackson Hole

A Federal Reserve study on Bank of Japan practices during its 2013 economic crisis warned that higher inflation targets could result in “never-ending monetary accommodation, even when real economic activity is strong or when financial stability risks accumulate.” The Bank of Japan had introduced in March 2013 quantitative and qualitative monetary easing to stimulate the Japanese economy and increase the inflation rate.

On the heels of Powell’s Jackson Hole speech, the dollar’s value fell against the euro, while gold rallied back to its 1950 highs. Meanwhile, Bitcoin (BTC) has plateaued; Ether (ETH) stabilized; and stocks have yet again rallied. The Fed won’t be able to reverse the course from its new policy so easily, however.

As governments print infinite amounts of money through bailouts and quantitative easing, inflation will likely send core prices higher. Clearly, the fiat system is imperfect. The crypto media uses the threat of inflation to proclaim the benefits of cryptocurrencies. Against a backdrop of shrinking gross domestic products, economic slowdown, government bailouts and fiscal stimulus, Bitcoin and cryptocurrencies have been touted as an inflation-resistant hedge. The claim? You should buy Bitcoin because crypto serves as a hedge to the broken fiat system.

Bitcoin, however, remains a nascent technology. In times of economic uncertainty, investors still prefer to flock to gold and stocks as safe-haven assets. In the case of gold, according to Morningstar data, the S&P GSCI Gold Index gained 7.2% in the last three months of 2018, while the stock market declined nearly 14%. Even during the most recent bear market when equities dropped by 33%, the gold index declined by only 2%. The price of gold then shot up over the next few months to record levels. Gold volatility, however, can go both ways. Almost a third of fund managers polled in the August 2020 Bank of America Global Fund Manager Survey stated that they believed that gold was overvalued.

From the Fidelity president filing for a new Bitcoin fund to multi-billion-dollar Bitcoin and crypto asset manager Grayscale reporting its biggest-ever quarterly inflows of almost $1 billion, institutional demand for Bitcoin has been rising amid the COVID-19 pandemic. This institutional attention showcases the seriousness with which major players have been considering Bitcoin as an investable asset.

Institutional money, however, is only just beginning to enter the cryptocurrency ecosystem, and so the market is still relatively immature and fragmented. Crypto needs more time to grow before it is widely considered a safe-haven asset.

In such a scenario, investors will flock to the industry not because of crypto technology or the deflationary nature of Bitcoin but because of fear of missing out. Those who suffer from FOMO believe that since everyone else is investing, they should be too. We saw this happen during the ICO mania of 2017 when investors primarily wanted to make money — and not invest in innovative technology.

Investors and crypto enthusiasts often speak of crypto in relation to fiat currency, but it was not the intention of cryptocurrencies to be correlated in such a way. The intention was to create an alternative to fiat.

Crypto enthusiasts are the new hippies of the 21st century. We are not protesting in the streets. We are building an alternative. In order to build it, we need to return to our roots and stop correlating crypto with fiat.

We don’t want the crypto market to grow because the traditional monetary system failed. We want to see this market grow because investors demand choice and financial freedom.

This article does not contain investment advice or recommendations. Every investment and trading move involves risk, readers should conduct their own research when making a decision.

The views, thoughts and opinions expressed here are the author’s alone and do not necessarily reflect or represent the views and opinions of Cointelegraph.

Luciano Nonnis is the CEO and founder of DXone and has been an entrepreneur since the age of 21. A few years ago, entrepreneur Mario Urschitz and he co-founded a Facebook group called Alles über Kryptowährungen und Blockchain — Crypto Coach. This group has become one of the world’s most popular and largest self-sustaining crypto education groups in the German language. They also founded Crypto-Coach, a nonproﬁt online and offline education center. Furthermore, they established and ran a major cryptocurrency mining facility in Austria, which used to be one of the top ﬁve Dash miners in the world. Recently, Mario and Luciano have established themselves as experts in blockchain technology and have helped various ﬁnancial institutions to position themselves successfully in this new environment.
« First Mover: Bitcoin Acts Like a Tech Stock and Ethereum Classic Traders Shrug Off 51% Attacks
Mastercard launches virtual testing environment for central bank currencies »