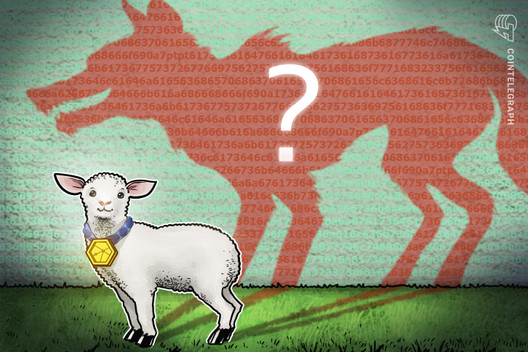 In the wake of the sudden departure of Chef Nomi, the original founder of SushiSwap, FTX exchange CEO Sam Bankman-Fried was left to sort out the mess.

Cointelegraph interviewed Bankman-Fried about his Sushi-related adventures and his vision for the future of the project.

Bankman-Fried became the holder of the keys to SushiSwap on Sep. 6, just over a week after the launch of the project. Chef Nomi handing these keys over was as sudden for him as it was for the rest of us, he said:

“I was asleep on a beanbag and I heard a shout from someone [saying] that Nomi tweeted that he was going to hand me the keys to the treasury, which was pretty surprising. The basic answer is, it sort of came out of nowhere.”

Chef Nomi did not explain why, but Bankman-Fried conjectured that it was due to his position as a respected member of the community and CEO of a company with its own development team. In addition, he is a SUSHI stakeholder:

“I have been farming some, and I think that's related to why I’ve been so associated with it.”

He maintained that he does not know the identity of Chef Nomi, and he only had contact with them over Twitter DM. Through these contacts, he formed an opinion on the anonymous developer:

“My sense is that they did care about SushiSwap and wanted to do well and were working hard for it. Probably [they] got a bit greedy, and probably got in a bit over their head. [...] And they made a bad decision. That's my read of it, rather than it being a long-planned heist or anything like that.”

Speaking in terms of the future of the project, Bankman-Fried believes that most of the liquidity will likely stay on SushiSwap through the migration, though “that’s not guaranteed and we’re going to have to see what happens post migration,” he added.

The project also completed the selection process for the new multisig signers that would hold the keys to the treasury and the contracts. Bankman-Fried was voted in, but he said that he will take a less active role after the initial transition is over:

“I may share thoughts and suggestions on it, but I'm not going to be running it, that’s up to the SUSHI holders. Ultimately, it's not up to me long-term what happens.”