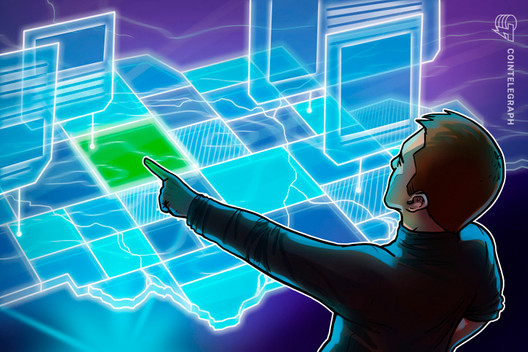 An NFT vault has emerged as the second-largest owner of virtual land in the crypto-powered game The Sandbox.

The Whale non-fungible token vault has become the second-largest holder of virtual land in The Sandbox game — and its owner plans to become a virtual real estate developer.

WHALE tokens represent fractional ownership in The Vault — the private NFT collection of the prominent crypto investor and social media profile ‘WhaleShark_Pro.’ It has garnered a $16 million market cap despite holding just $1 million worth of NFTs, suggesting many speculators believe WhaleShark’s collection of rare tokens is likely to grow in value significantly.

Blockchain intelligence firm Messari estimates that nearly 50% of The Vault is comprised of LAND tokens, making Whale the second biggest holder behind Binance. The exchange received a significant number of the tokens from hosting the $3 million LAND initial exchange offering on Binance Launchpad, and purchased a further 4,012 LAND tokens earlier this week..

Speaking to Cointelegraph, Sebastien Borget, the COO and co-founder of The Sandbox, said “Whaleshark understands very well The Sandbox vision and has the right eyes for acquiring NFTs with high value growth potential.”

Borget notes that the WHALE community is “mostly composed of builders and artists” who will create gaming experiences on WhaleShark’s virtual land to drive revenue streams in the form of The Sandbox’s in-game currency SAND.

“The revenue streams in SAND then will be redistributed into his community, all of this without us acting as the central authority,” added Borget.

Team $WHALE has successfully completed our first Liquidity Mining month and 5,000 $WHALE (~US$30,000) has been distributed.

Miners received a 22.5% return on their capital in just 1 month ♥️ pic.twitter.com/JyYH8PLXHO

In another advance for the NFT ecosystem, Animoca Brands recently launched staking for ‘REVV’ — a utility token used in the firm’s F1 and MotoGP motorsports games. REVV stakers earn rewards in the form of NFTs that can be used in the games or traded on a secondary market.

« FTX founder proposes a plan for DeFi project SushiSwap
Ethereum Rallies 10%, But The Bulls Still Need To Clear This Hurdle »